May the Fourth be With You: How to Become a Jedi Knight in the Supply Chain Universe

By Sophia Shats - Sophia Shats is a writer and manager of digital supply chain thought leadership at MPO. - May 04, 2019

Fans of Star Wars are familiar with the concept of the Force: an energy field that can be tapped into, that gives a Jedi their power. In the supply chain universe, the Force is like the inevitable progress of technology. A seemingly limitless pool of potential we tap into and are empowered by to not only better handle the pressures and challenges of the ever-evolving industry, but to pioneer that very change and transform the world as we know it.

While it’s true we’ve entered an incredibly challenging time of unprecedented service standards and breadth of competition, now is also an exciting time of novel possibility. With the advent of cloud technology, companies like Netflix and Spotify have revolutionized the way we do business and enjoy products. Service is faster, smarter, and more accessible than ever.

Similar to the beloved series, the rebellion against the establishment is driven by a vision for a better future. The resistance recognizes the constraints of rigid processes and centralized functionality and fights to create a world powered by dynamic collaboration. Throngs of stormtroopers recall the uniformity of mass production; but consumers also resist such archaic constructs in favor of customization. To stay competitive, businesses must sell to a market of one.

In the grand scheme of things, the digital revolution inspires hope for a more conscientious lifestyle. Where sustainability moves beyond incremental improvements with greener alternatives to rethinking wasteful frameworks in favor of those that simply consume less. Front runners like Netflix and Spotify digitize large swaths of the supply chain. Spotify eliminated the forced bundling and physical distribution element, making their product attainable at light speed, while Netflix obviates the need for last mile delivery and reverse logistics. Such disruptive supply chain technology helps us reduce greater portions of the physical supply chain – which is not only the height of optimization, but also more sustainable.

Every time a revolutionary or disruptive supply chain technology emerges, there is always and inevitably pushback. Netflix disrupted DVD rentals and purchases, and theaters bit their lips over whether the platform would convert their viewership. The taxi industry is sulking about Uber, and within the supply chain, it’s Amazon that’s supposedly upended the natural order.

While Netflix and Uber and Amazon all represent a kind of ‘new order,’ the actual phantom menace is fear. It’s misplaced stress over the perennial threat of innovation, its power to upset industry dynamics and render business models obsolete. Guess what: if you’re living in a thriving, open economy, change is the only constant. And that’s a good thing. The true menace of disruption is that it haunts and immobilizes. Research has shown that businesses are their own worst enemies when they don’t take measures to adapt. They allow their fear to put them in “a state of strategic paralysis.”

Disruptive supply chain technology - or innovation - is healthy and inevitable, so part of any smart business plan is to stay agile and quickly implement major structural and technological changes. This means being able to rapidly put together a dedicated team and acquire what you need to keep up with new market demands. These so-called disruptors are innovators. They sense a ‘disturbance in the Force,’ a shift in the market and possess an instinct for what is newly possible. Rather than cling to legacy practices, hone your own sensitivity, and be ready and willing to act.

Fear leads to the Dark Side. Rather than bemoan the changing times, recognize the value of whatever is rousing interest. What consumer desires do these newcomers speak to? Convenience? Cheaper alternatives? Accessibility? Unique products and customization are highly competitive features too. Rather than be stifled by the new order, use it as motivation to modernize your own practices. Rather than focusing on what others do better, consider what they are lacking and carve out your niche in the market. 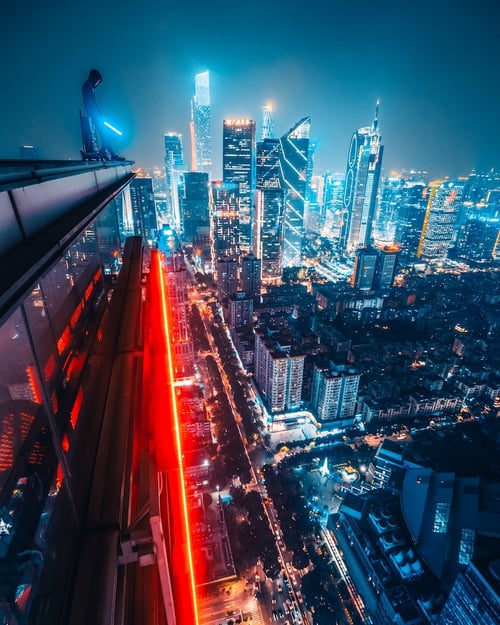 Perhaps one of the film’s most moving themes was its rags to heroism story. Luke Skywalker, orphaned on a remote desert planet, was able to help disrupt the establishment by tapping into the Force. Do or do not, there is no try. Powerful cloud technology is available to all; anyone can – and should – tap into it to achieve higher levels of service and profitability at less overhead.

According to the 2017 IDC Perspective: Transportation Management in the Cloud, even the smallest operations leveraging TMS in the cloud can boost several key value points like analytics, shipping costs, carrier selection and optimization, customer service levels, and transportation data management. Small businesses operating anywhere can also access the global market, traveling beyond the limited confines of the galaxy’s edge.

No business, big or small, should take on the challenges of the new world alone. Collaboration is another enduring and timeless theme in the epic series. Teaming up and pooling specialties and resources is as much a strength for the resistance as it is for the supply chain. The plucky rebellion is adept at maintaining a dynamic network – scoping out and integrating new recruits who have the ideal capabilities for any given mission – unlike the rigid and static Empire, which deploys the same army of drones to every battle. Tapping into the Force (cloud technology) even facilities telepathic (real-time) communication to enhance those partnerships.

Technological innovation is often linked to productivity growth – a key metric in raising the standard of living. Innovations are only “disruptions” to those mired in the status quo, unable to appreciate the bigger picture and model their business after the inevitability of change. Advancements reflect a latent necessity or want in the consumer, if not in society as a whole. Each shift is then a milestone in the natural course of evolution.

The ‘goodness’ or ‘badness’ of technology, like the Force, also reflects the motives (or biases) of whosoever taps into it. Worrying about companies like Uber and Netflix and Amazon that are pursuing risky innovations and seeking to unhinge established industries is misguided. We’re all on the same team. We all want to be part of a more sustainable, convenient, and efficient world. Forget about who seems to be getting there first and start defining your role in that future. What is still missing and what can you bring to the table that’s unique? Because if you can’t answer this question, that’s a far bigger problem.

We live in an exciting time where disruptive supply chain technology evens the playing field between startups and titans.

There’s a very powerful scene at the end of The Last Jedi. On the casino city of Canto Bight, we see a group of poor children in servitude huddled together, breathlessly whispering about the standoff between Luke Skywalker and Kylo Ren. They are realizing the transformative potential of the Force. Their mythic hero was once an orphan; today, he holds his ground against a titan. It was not Luke’s superior strength that won him that battle. Rather, his opponent relied on legacy tactics of war; unlike Luke, he did not master the full potential of the Force. 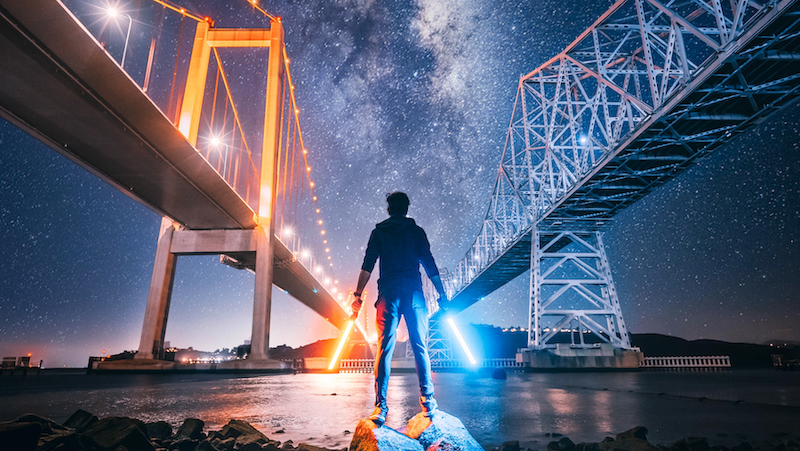 https://www.mpo.com/blog/may-the-fourth-be-with-you-how-to-become-a-jedi-knight-in-the-supply-chain-universe May the Fourth be With You: How to Become a Jedi Knight in the Supply Chain Universe

Explore More on This Topic

Why You Must Think Differently About Supply Chain Technology Strategy

At CSCMP, SupplyChainBrain sat down with MPO co-founder and CEO, Martin Verwijmeren to break down...

Don’t Settle on a TMS. 5 Tough Love Tips to Choosing the Best Software

Having spent many years in business development and sales, I’ve spoken to many supply chain and...

The last couple of years has taught us that change is constant. And, amid all the chaos – whether...

We promise that we won't SPAM you.